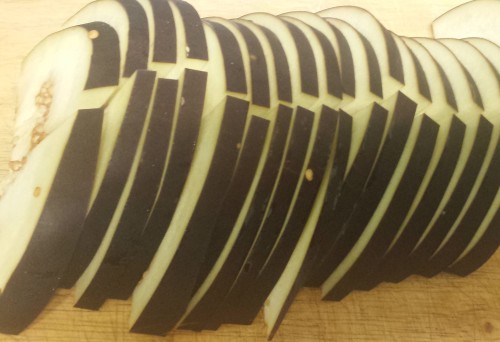 Unlike many of my dishes, this one really doesn’t have much of a story. One day, I was craving Chinese food, but I had recently moved and didn’t know the local restaurants. So what is a poor college student to do? Dig through the fridge and find a recipe that suited both the contents of the kitchen and the craving. The original recipe can be found here.

The nice thing about this dish is how easy it is to adapt. You can use the garlic sauce for chicken, beef, a veggie stir fry, or any combination or meats/veggies your heart desires.   You can also save the sauce in the fridge for 1-2 weeks.

2 TBSP Soy Sauce (The original recipe calls for half light and half dark soy sauce. In Chinese cooking, this is a very important distinction, as the flavor and composition of the two sauces are different. Since I predominately cook Japanese food, I use only Japanese soy sauce, which is slightly different from the Chinese varieties. As a result, I just use 2 TBSP of standard Japanese soy sauce and don’t worry about it. Here is an article with more details on the differences between soy sauce varieties.)

1 TSP red pepper flakes OR 1/2 TSP Chili Sauce (This is flexible depending on how spicy you want it. I like mild stuff, so this just adds a bit of extra flavor. If you want spicy, you probably want to double or even triple this. You can also get very spicy varieties of chili sauce at any asian grocery.)

4-6 garlic cloves, minced (or as much or little as you want, this is flexible)

Next, Mix the rice vinegar, sugar, soy sauce, cooking sake, red pepper flakes, and sesame oil in a bowl. Mix the flour and water in a separate bowl, making sure to remove all the clumps. Set both aside. 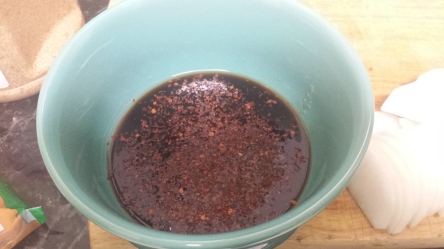 Heat a small pan with 1 TBSP of olive oil on medium-high heat (an 8 on a 10 point scale). When the oil is hot, add the minced garlic. Cook for 30 seconds to 1 minute until the garlic becomes aromatic. 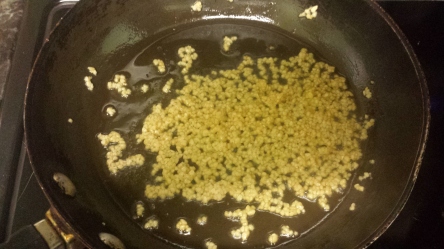 Add the soy sauce mixture to the garlic and cook until it boils, about 1 minute. 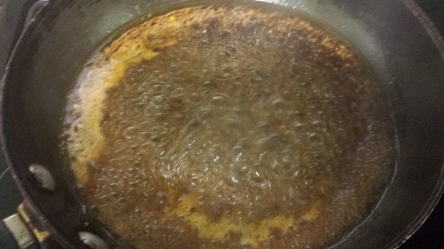 Add the flour mixture while stirring the sauce rapidly. Continue to stir until the sauce thickens. Remove from the heat. At this point, you can set aside the portion you wish to use and put the rest of the sauce in the fridge. For one large eggplant, you will want to use the entire batch. 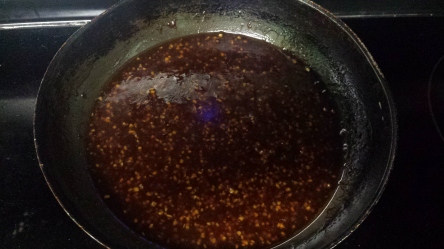 Heat 3 TBSP of olive oil in a wok on HIGH heat. You need to get this wok very hot, so crank the stove up to the highest setting. Wait until the oil starts to smoke. I’ve had days where I was afraid that my oil might catch fire soon; that’s how hot I get my wok. Be VERY careful; oil this hot will not just spit at you, it will actually explode when you add anything containing water to it. I usually keep myself about 3 feet away unless I’m stirring, and I make sure no pets or other people are nearby. 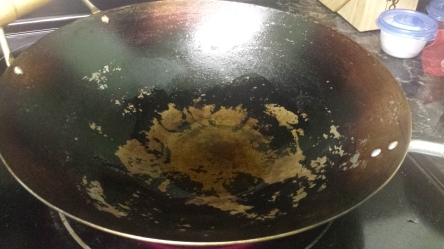 Add your eggplant to the hot wok. Again, I can’t warn you enough about this. I practically throw my eggplant in from a distance because of how hot this is. DO NOT put the eggplant in one at a time; that’s guaranteed to erupt in disaster (I say this from experience). Drop them all in together, fast, at arms length with your face turned away. Then let them sizzle for a few seconds before you try to stir them. Once they are in the pan for a few seconds, they cool the oil down enough to approach without too much concern. 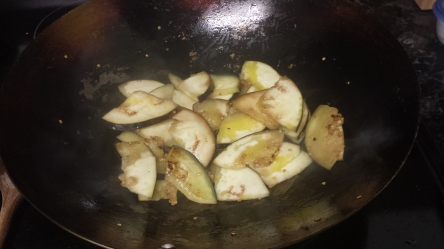 Stir fry the eggplant until they are translucent and soft, about 10 minutes depending on their size. Then, remove from the heat, add the garlic sauce, and mix well. 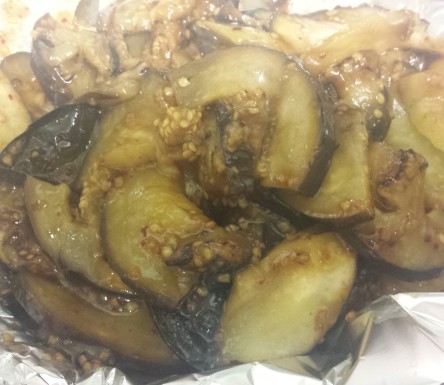 Tada! That’s it! Fast, simple, and delicious is my kind of meal. The eggplant is pictured below with bulgogi stir fry and rice, NOMMS. 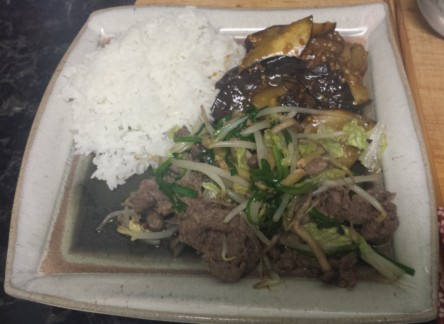